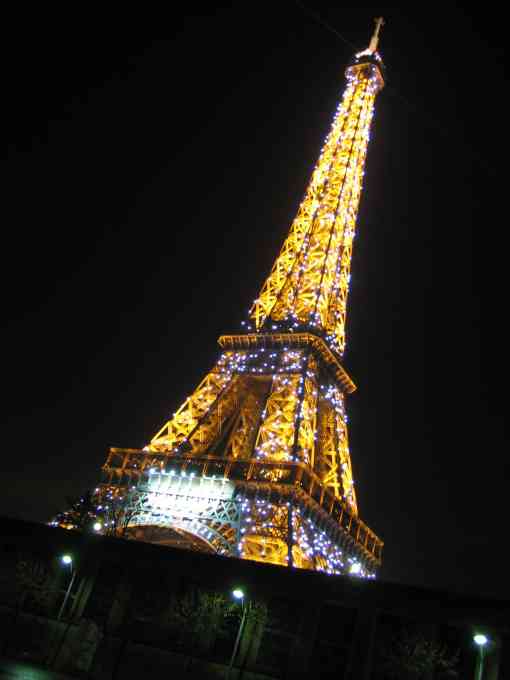 A Summary Report On The Meeting Of The Population Approach Group in Europe by M.E. Ebelin and J.L. Steimer, Sandoz Pharma, Drug Safety Pharmacometrics Group.

This meeting was the follow-up of the First meeting of the NONMEM European Users Group which had taken place on 15 June 1992 at Sandoz Pharma in Basle (Switzerland). It was organized in Antony near Paris (France) by R.Bruno, A.Frydman (Rhone Poulenc Rorer, Antony, France), P.Girard, B.Tranchand (AP2POP, Lyon, France) and J.L.Steimer (Sandoz, Basle, Switzerland). It was sponsored by Rhone Poulenc Rorer Foundation.

The objective of the meeting was to exchange information about population approach methodology, software, hardware and applications in the form of :

The meeting has brought together both experienced and young scientists with strong interest for the "population approach" and the application of mixed-effects modeling (MEM) techniques for analysis of sparse data. Most of them were NONMEM users (of different expertise level). Compared to last year, there were more participants working with other population approach methodologies and software than NONMEM. The number of participants was 106 and there was a waiting list (in contrast to 63 last year, which was already a success). They came from all over Europe including France, Germany, Switzwerland, England, Sweden, Belgium, Spain,.... Specialists of the population approach were present within the audience among which L. Aarons, F. Mentre, A. Thomson, S. Vozeh, J. Wakefield. The meeting extended to various methodologies like NONMEM, NPML, Gibbs sampling, EM algorithm. New population approach software involving these methodologies and which are currently under development (P-Pharm and Popkan) were introduced. Compared to the previous meeting, where most focus had been given to NONMEM, it was remarkable to see the trend towards use of other MEM-based methodology: for instance, 4 conferences involved Gibbs sampling as the estimation technique, and 3 the NPML method.

The meeting was shared into five different parts devoted to the sofware, different methodologies, applications, the "Optimal Design in Population Analysis including Bayesian aspects" (tutorial), and the population approach in drug developement and submission. The meeting ended up at 6.30 p.m. with a brief discussion on the future development and organisation of PAGE.

The next 1994's meeting will be held in the U.K. under the sponsorship of Glaxo. The dates are already fixed for June 13 and/or June 14, 1994. A provisional Organizing Committee has been constituted including Eliane Fuseau, Alison Thomson, Brigitte Tranchand, Larry Lacey, Jean-Louis Steimer and John Wakefield. It was suggested to continue after 94 with a more formal organisational structure. The first step was to create a small Working Group, whose task will be to elaborate one, or preferably several, proposals on "how to get organised". The proposals will be presented and discussed during the future meeting. Pascal Girard will be coordinating this effort.

A questionnaire on Software (state? expectations?) was distributed to participants. The expected results will serve as an input to the COST expert-meeting on Population Approach software in November 93.

- The meeting began with the presentation of the installation of NONMEM IV on a PC workstation under UNIX SCO and LPI Fortran. Its use in a clinical pharmacy department was evaluated. The only two problems encountered with NMTRAN during the installation were rapidly solved. The use of NONMEM for PK analysis of sparse data in routine clinical practice was successful with respect to the cost/effectiveness ratio (low cost, reasonable duration of runs), to the pedagogical aspect (good approach with students) and to the inter hospital collaboration (C.Pobel).

- P.Girard presented some interesting features of SAS to be used in conjunction with NONMEM. The interfacing between NONMEM outputs (development of SAS macros) and an exploratory data analysis tool (SAS/Insight) allows straightforward investigation of relationships between parameters and covariates.

- This first part ended up with the presentation of two pieces of software for the analysis of (sparse) population PK/PD data, which are under current development The first one, Popkan, implements Bayesian techniques involving Gibbs sampling. The second one, P-Pharm implements an EM-type algorithm involving a conditional expectation (Bayes) step and a likelihood maximization step. Beta-testing is planned to occur up to end of 93 and release is foreseen in 1994 for both.

- Comparisons of various population approaches to PK analyses, of the different methodologies behind them and of the findings of the analyses were reported, in which one given identical dataset had been used :

- Analysis of gentamicin data in neonates using the Gibbs sampler and comparison with the NONMEM analysis. (N.Best)

In all cases, consistent population parameter estimates were obtained. In all cases also, the reported computing times were of the order of several hours of CPU time for one run on workstation equipment.

This part ended up with the presentation of two simulated population pharmacokinetic datasets by E.Fuseau. These datasets include sparse data (1 to 5 sample per subject, 100-200 subjects), iv and oral doses and different covariates (sex, age, weight, height and serum creatinine) whose influence is to be discovered. The solution is known solely to the creator of the sets (a statistician from Glaxo UK). The data sets were made available on disquette to the interested participants. Although the goal was not clearly stated, it seems to be to assess the robustness of the results of current population methods in the hands of different (potentially unexperienced) users. The mechanism for collecting and compiling the results of each individual analysis will be defined by the promoters.

Applications of the population approach

During the oral communications thereafter, the following practical and methodological issues were addressed :

- Use of an the EM algorithm for parameter estimation from sparse data and covariate analyses (L.Aarons)

- Advantages and drawbacks of the Gibbs sampler in a toxicokinetic analysis of tetrachloroethylene metabolism in humans. (F.Y.Bois)

- NONMEM analysis of phase I data of a dose ranging study of tirapazamine to derive a limited sampling strategy and an optimal dosage regimen for phase II investigations. (L.S.Murray)

- Population analysis of cefpirome patients data (of all ages) to develop renal clearance models for population pharmacokinetics of a similar compound from the same therapeutic class in paediatric patients (W.Weber)

- Use of data pooled from Therapeutic Drug Monitoring of amikacyn in several french hospitals (including overseas, 637 patients), in order to estimate population pharmacokinetic characteristics using NONMEM and NPEM analysis. (P.Girard)

- Validation of the dosage regimen prediction based on a population analysis of the kinetics of lithium performed with NPML, on experimental and observational data using an independent group of patients (N.Taright).

Dr F.Mentre talked about "Optimal design in population analysis including Bayesian aspects". After a review of existing methodology and recent publications, with results from simulation studies to compare different designs in population pharmacokinetics, she presented elements for a formal (new) approach to the problem. Her preliminary results provide a rationale for "spreading out" the design(s), e.g. for ensuring blood sampling times in a PK experiment to be different rather than replicating them across subjects. The optimal Bayesian designs (with application to individual parameter estimation) were compared with the standard D-optimal designs and were shown to differ significantly. The presented examples have emphasized that, for PK investigation, the optimal "population designs" or "Bayesian designs" can largely differ from current standard practice.

This part was devoted on ongoing reflexions regarding the implementation of population approach in the development of new drugs:

- International harmonisation of guidelines on studies in special patient populations, especially geriatrics (A.van Peer). The pharmacokinetic screen is now recognised as one option (explicitely mentioned in the Federal Register) for studying PK in the elderly. If an unexpected phenomenon is detected, a formal study may be done or not, at the sponsor's initiative, depending on the strength of evidence provided by the screen itself. Points to consider when submitting a population analysis to regulatory authorities (J.L.Steimer). The presentation was largely based on the thoughts given to this issue by Dr Tom Ludden (Biopharmaceutics, FDA) in earlier presentations with emphasis on: documentation of the data; documentation of the data analysis steps; validation.

- Points to consider for successful prospective implementation of the population approach in early phases of new drug development (R.Bruno). The presentation was based on the real example of an anti-cancer agent. Clinical studies are ongoing with a limited sampling strategy for PK investigation. One key-issue is the management of the information flow across all the (many) involved partners.