The PAGE92 meeting (at that time called the First Meeting of the NONMEM European Users Group) was held in Basel, Switzerland, and was sponsored by Sandoz Pharma Drug Safety Assessment. 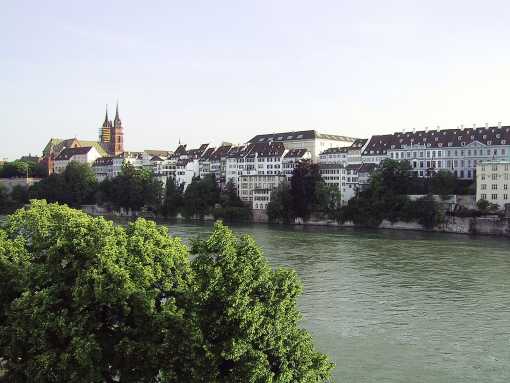 General Remarks.
The meeting has regrouped both experienced and young scientists with strong interest for the "population approach". A fraction were NONMEM users (of different expertise level) ; other people had no experience with the software yet. The number of participants was larger than initially expected : 63 participants from all over Europe including France, Germany, Scandinavia, Belgium, Spain,… There were about fifteen scientists (primarily pharmacokineticists) from the pharmaceutical industry in Basle. Within the audience were specialists of NONMEM (S. VOZEH, A. THOMSON) and of other population analysis methodologies like Gibbs sampling (A. RACINE POON). The objective of the meeting and probably the expectation of most participants was to exchange information about NONMEN methodology, software, hardware and applications. In addition to presentation of results, most of the communications have also emphasized methodological, practical and technical problems concerning the use of NONMEM (installation, running, analysis and validation of the results), and also raised issues in the application of the population approach to kinetic data analysis.

The meeting in SANDOZ ended up with a discussion about the opportunity for creation and the need for organization of a NONMEM European Users Group.

Overall, there was a strong pressure towards future meetings of this kind. It was decided that a next meeting will take place in June 93, with the goal to establish it once a year. The exact location of the next meeting was not agreed upon yet (Rhône-Poulenc Paris, Hoffmann-La Roche Basle, or again Sandoz Basle?). It was also decided that the name of the group should be associated to a broader area than NONMEM since the objective of these meetings are to discuss general aspects of the population approach. The logo "PAGE" for "Population Approach Group in Europe" has been chosen.

The conference was then followed by a demonstration of the program PPM (an interface between RS/1 and NONMEM) at Hoffmann-La Roche (H. WELKER) which has regrouped about fifteen people. One problem raised by the participants was the lack of availability of RS/1 in their universities or companies.

Comments On Specific Presentations.
Participants were welcomed by Dr Eckert (Head of Drug Safety Assessment within Sandoz Pharma). His short prensentation showed the awareness of Sandoz management of the ongoing interest for the population approach within regulatory authorities and the potential consequences for industry.

Software.
The meeting has begun with presentation of features likely to improve or facilitate the use of the software NONMEM :

Applications of NONMEM.
During the oral communications thereafter, the following practical and methodological issues were addressed :

Tutorial.
The presentation by Dr. Racine on Gibbs Sampling was at a high technical (statistical) level, challenging for most of the audience. Dr. Racine also brought many novel ideas and an original approach on mixed-effect modeling with an example raising very tough issues, the analysis of truncated categorical data arising from a trial with a pain-relieving compound. Such a problem cannot be handled routinely by NONMEM Version III, by the way…
NONMEM Version IV might allow to address it.

Conclusions.
The meeting was a success, with good presentations, nice data, meaningful approaches and extensive discussion by the audience. It seems that the concepts, ideas and methods associated with the population approach have gained increased audience within the last few years, as well in industry as in academic clinical pharmacology groups. Impressive data sets showing long-term commitment of some groups to this idea were shown also. The field is expanding and moving fast.